Our little look at fashions and fabric during the 20th century has now reached the Swinging Sixties - possibly one of the most exciting decades in fashion history.

Fashions at the beginning of the 60s were much the same as the end of the 50s - full skirts, slimline suits with pretty blouses.  In fact, it was some time before hemlines rose (and rose!) and skirts became straighter and less structured and the classic 1960s look emerged. 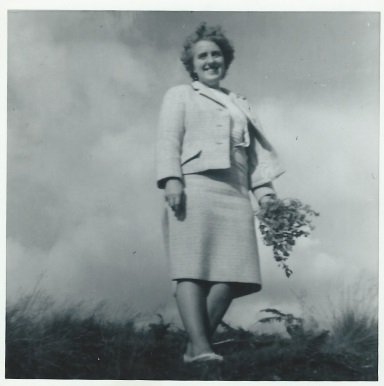 The 1960s were a time of great social and political change and fashions of the time changed just as much.

In previous decades, clothing has generally evolved, changing gradually.  But the changes during the 1960s were pretty dramatic.  Hemlines had never been so high, nor dresses so straight and unstructured.  Shift dresses were very popular, either round-necked and sleeveless, with a high waist, a Peter Pan collar or long, wide sleeves - and without the 'foundation garments' of previous generations.  Goodbye to the corset! 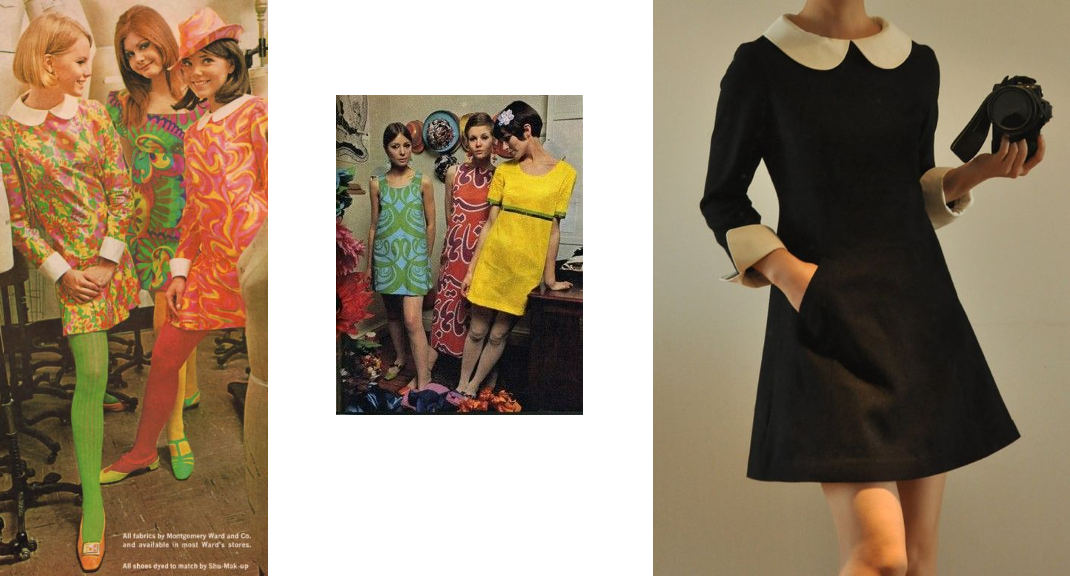 It was a time of experimentation in the use of fabrics, including many new man-made fabrics, and the style of the clothes.  Many of the more experimental styles were only seen on the catwalk, or worn by a very small number of people. 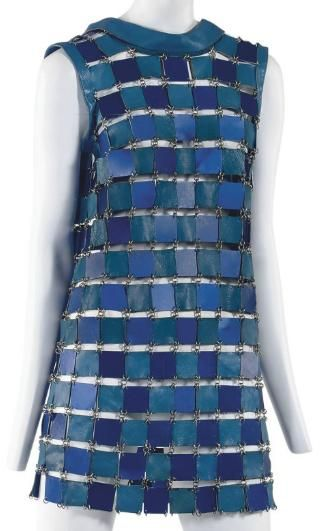 A dress by Paco Rabanne, made from linked leather and anodised aluminium panels (c.1967)

However, the new man-made fibres and mass-production meant that clothing became much cheaper, so people could afford to buy more, and the era of fast fashion began.  Most people had garments made in fabrics such as crimplene, polyester and terylene.  These were cheaper to produce than natural fabrics and could be used in innovative ways.  Prints were more common and often used very bright colours, frequently in combinations not used before, such as pink and orange. 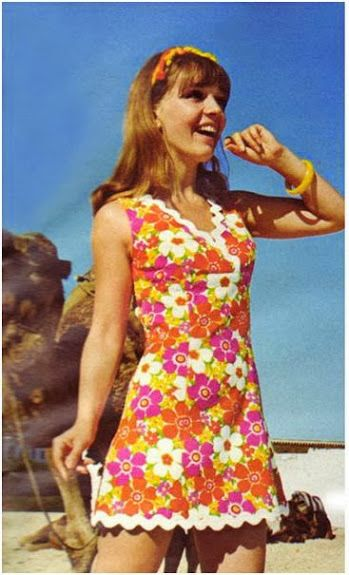 When we think about the 1960s, most of us think of short shift dresses in blocks of colour, black and white or in a psychedelic flower print; names like Mary Quant, Twiggy and Biba come to mind.  It was also the era of the hippies, with their flowing, peasant-inspired  clothes.  Knee-high, or higher, boots were popular, as were bell-bottomed trousers, big floppy hats and hot-pants.

Mary Quant was one of the biggest names in 1960s fashion, bringing the mini skirt, hot pants, coloured tights and plastic macs - the era’s greatest trends - to the wardrobes of the masses from her shop on the King’s Road. 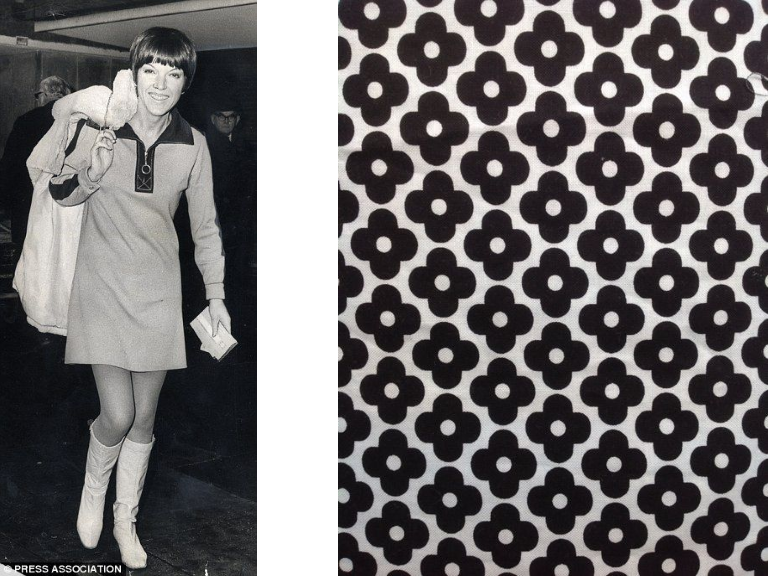 Other big names of the 1960s' fashion world were the first supermodel, Twiggy, whose gamine looks and short hairstyle became the look of the '60s, Jackie Kennedy, Audrey Hepburn and cult boutique, Biba.

We're now well into a time when many of the stars and ordinary followers of fashion of the era are still alive.  This, in many ways, makes it harder to assess the trends.  If you were there, you will probably have your own ideas about the fashion of the time.  Magazines and even history books only tell part of the story.  It's not going to get any easier over the next decades, as we get nearer to our own!

What are your thoughts on the fashions of the Swinging Sixties?  (Whether or not you were there!) 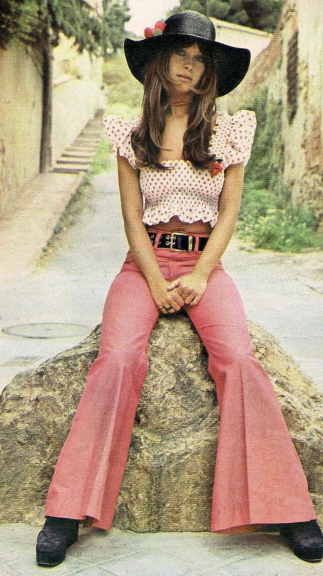 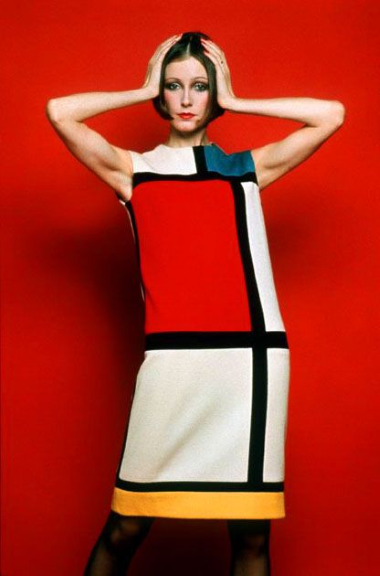 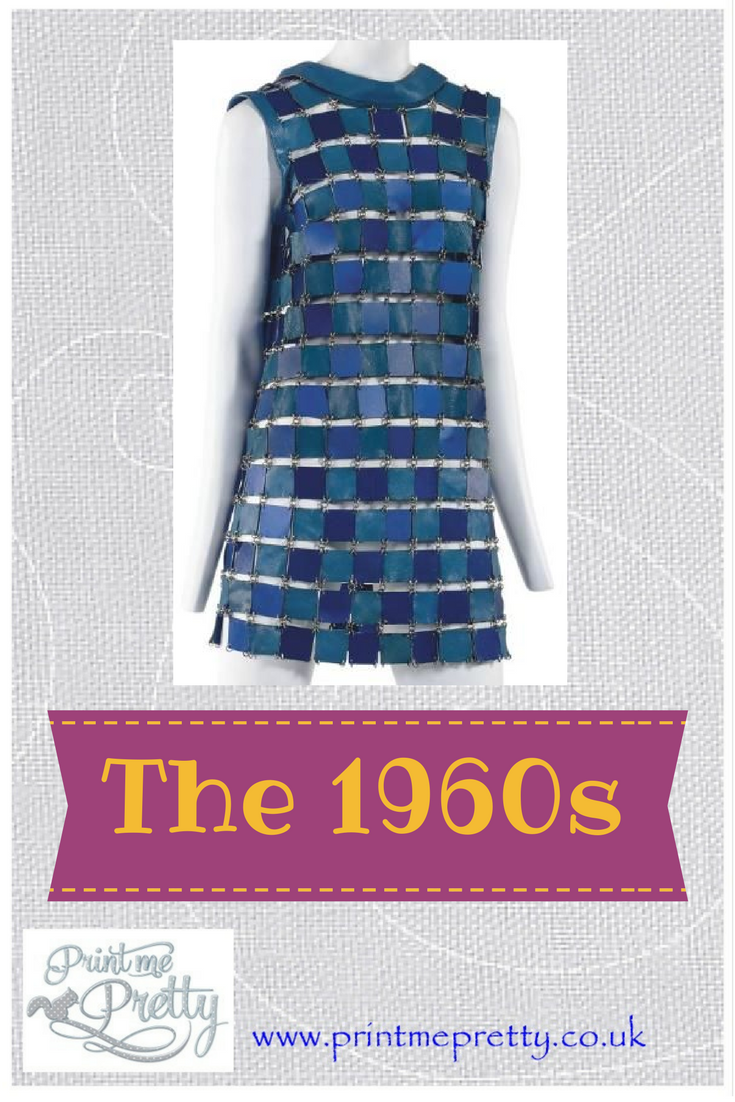